The word, “quarantine,” comes from the Italian word, quarantine, derives from a Latin root word meaning “a space of forty days.”

Forty days is a long time! As each day brings some new shock or hard reality, I have been turning more and more to the slogan, “one day at a time.” Will we be on lockdown until June? July? August? Who knows?

Some are suggesting that this event is a kind of global reset. Mother Nature on a cleanse. Everything is indeed upside down. Several Congressional leaders, including Mitt Romney of all people, are pushing for $1,000 Universal Basic Income for every American. Also, single-payer universal health care—free testing and care for anyone who needs it. Add in paid sick leave for all workers. (Preferably not the paltry 20% that will be covered by the bi-partisan bill that passed the House.)

END_OF_DOCUMENT_TOKEN_TO_BE_REPLACED

The sun is out. The snow that fell yesterday is melting, starting with the highest branches. There’s a metamorphosis of light, a scattering of stars in place of the white tracery of snow. Fat drops fall from the sky. High branches above the picture framed by my window.

All is right with the world in this moment. Brave folks speak out against injustice, drag predators into the light, unearth forgotten histories. Tell stories from ancient lands and distant times: stories with acute relevance to us now.

END_OF_DOCUMENT_TOKEN_TO_BE_REPLACED

Modern civilization faces many intractable and seemingly unsolvable problems. We can be beguiled by simplistic, flashy, one-off moves like building walls or issuing Executive Orders to keep so-called “undesirables” out. But humans have proven again and again that clear thinking, creativity, and cooperation can work wonders. How else could we have landed a man on the moon? Or invented the iPhone? Or stopped spewing ozone-depleting chemicals into the air?

I’ve been thinking a lot lately about the power of intention. I’m not talking about films like “The Secret” and “What the Bleep Do We Know,” although I confess to being fascinated by the idea that this whole thing we call life is a game that we are literally making up moment by moment as we play. Today’s stories will not require a mystical acceptance of alternative realities. (You can find explorations of those in other posts here, here, and here.) END_OF_DOCUMENT_TOKEN_TO_BE_REPLACED 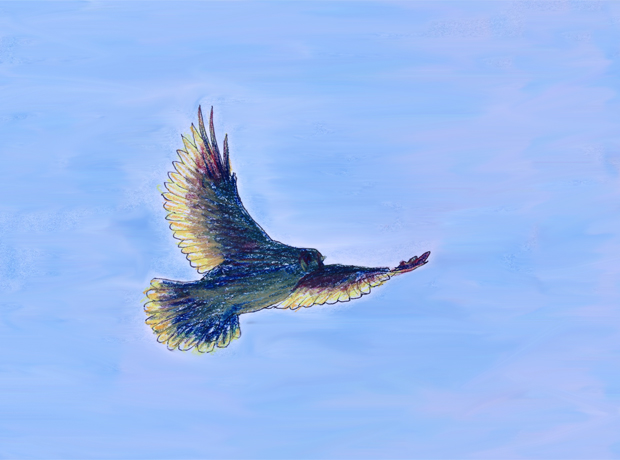 Inspired, Billy Mills flew the last 60 meters to set a world record. No American has since won gold in that event. After he got over the shock of winning, he went to find the guy whose singlet had propelled him over that last bit of track. There was no eagle on the shirt. In that moment, he understood the power of perception. “I realized that perceptions create us or destroy us, but we have that opportunity to create our own journey.” Even more moving is what he says about his true motivation for running: END_OF_DOCUMENT_TOKEN_TO_BE_REPLACED

In “Straight Outta Compton,” Dr. Dre, Ice Cube, Eazy E and their friends are taking a break outside the record studio in Torrance, where they are producing their second album. The police roll up and get to work harassing and humiliating them in a practiced way, assuming they are gang bangers and dope slingers. The musicians’ protests are met not with respect or the benefit of the doubt, but with threats of further harm. It’s a clear dramatization of the power-over dynamic enabled by the war on drugs. The militarized tactics of police rely on the logic of old stories. END_OF_DOCUMENT_TOKEN_TO_BE_REPLACED 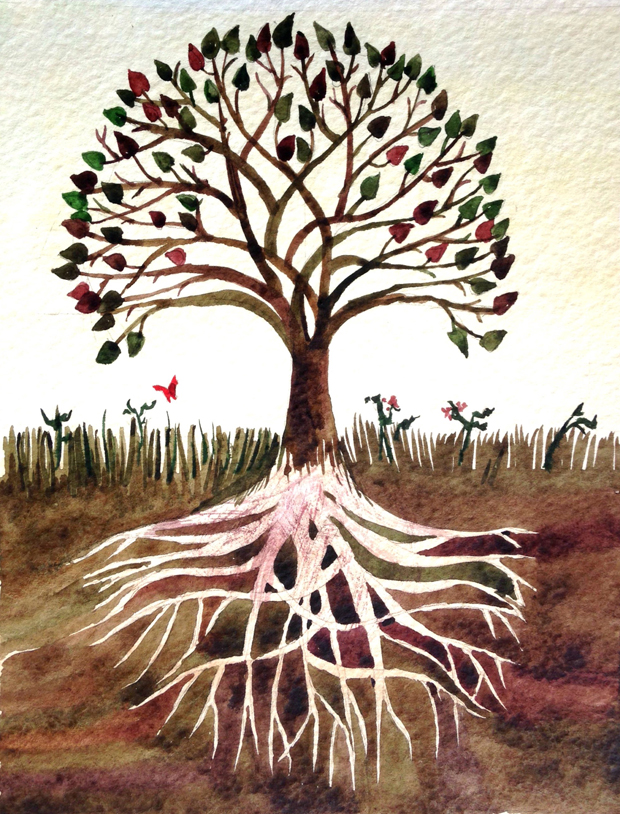 We worked our way through various responses to the book, including praise for Coates’ use of the dream as metaphor, which I wrote about here. I appreciated hearing new (to me) ideas from folks I don’t usually encounter. A black man who teaches high school history pointed out that one of the horrors of slavery was not that white people thought black people weren’t human. It’s that they knew how human they were, and were able to manipulate the relationship to get what they wanted from them—their labor and obedience. END_OF_DOCUMENT_TOKEN_TO_BE_REPLACED 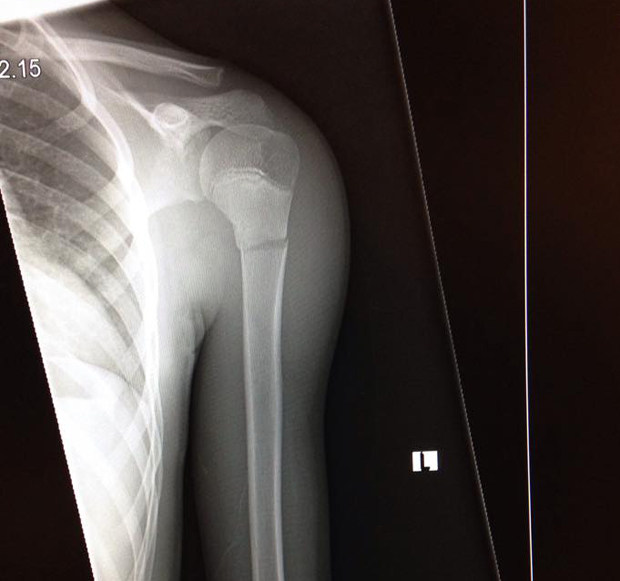 On the field of battle, right after it happened, Toby stood up without help. I was sitting three yards away in the stands, holding my breath. Knowing, as the mother of an adolescent son, my worst move would be to go to him. That mortification would hurt far worse than the arm. He did not cry while in company of coaches, trainers and teammates. He finally shed a few tears in the car on the way to the doctor. END_OF_DOCUMENT_TOKEN_TO_BE_REPLACED

In politics and advertising, there’s an old saying: Whoever controls the story, wins. Campaign advisors speak of “framing” a story, of “getting ahead of” stories, “firing the first shot” against their opponent. This appropriation of Story to sell things—whether face cream or a financial bailout or a candidate—is a debasement of the magic and power of storytelling. One favored tactic is to reduce individuals to cartoonish generalizations, as some Presidential candidates are currently doing with immigration.

Michael Moore’s 2009 film about the financial crisis uses just the opposite technique, weaving a story from honest conversations with real people. “Capitalism: a Love Story,” is told in his signature quirky, gloves-off style. In the opening sequence, he intercuts an old classroom film about the Roman Empire with contemporary images of poverty, homelessness, backbreaking labor, and entertainments used to divert the people’s attention from the true state of things. It’s a brilliant commentary not only on how far we have fallen, but on where we might be headed if we don’t take an honest look at the stories we live by. END_OF_DOCUMENT_TOKEN_TO_BE_REPLACED

“When you think everything is someone else’s fault, you will suffer a lot. When you realize that everything springs only from yourself, you will learn both peace and joy.” ~ Dalai Lama

I’ve heard the term “spiritual growth” so much that I at some point I stopped wondering what it means. Wise teachers tell us that spiritual growth stalls when we attack others as evil instead of facing our own failures. With honest self-appraisal ideally comes the humility to recognize our need to grow, literally to expand our capacity to learn from those with whom we disagree. In that sense, then, spiritual growth is a process of making room for opposites inside of us.

This requires a stretching of consciousness, a way of confronting our self-imposed boundaries, our cultural story of separateness. The story is so deeply ingrained, though, that it taxes the imagination to see good and evil as part of one whole, rather than an opposition that begs to be resolved through force and war. END_OF_DOCUMENT_TOKEN_TO_BE_REPLACED 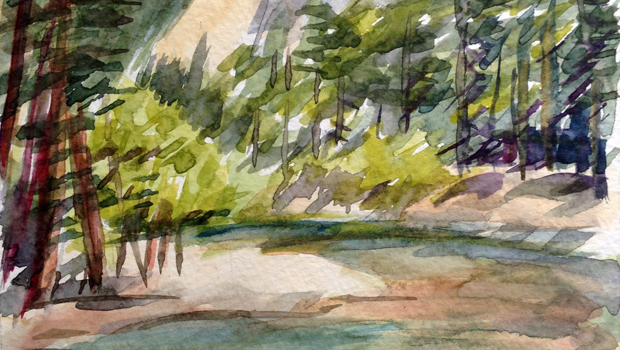 In the Tantric tradition, the back body is aligned with the universal, the front with the individual. This is a wonderful way to imagine wholeness: it’s in our body that we integrate our uniqueness with the wider world. The front is our place of effort, of being who we are in the world. The back is the unknown, the unseen, and yet it is always there, ready to support and help us when needed. This fits nicely with the classic teaching that the shadow is part of our childhood survival toolkit. END_OF_DOCUMENT_TOKEN_TO_BE_REPLACED