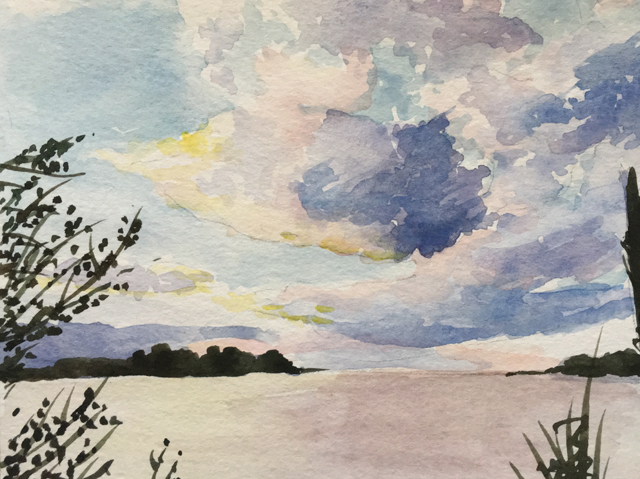 There’s been so much written and said about the “inner child” in the last couple of decades that any mention of it is likely to bring on an eye roll. This morning, though, I was visited by a memory that gave me a whole new view of it (or, in my case, her). I’ve had a lifelong love-hate relationship with the creative, childlike part of me. Okay, mostly hate. And shame. Today, I have a new understanding of how unnecessary that has been. And a glimpse of the sweet freedom that’s available with just a small shift.

About ten years ago, I was at a weeklong program at Integral on Sustainability. Among the many fabulous experiences we had was a guided practice called “Big Mind.” This is a combination of Buddhist and modern Western psychological thought developed by Dennis Genpo Merzel to not only “get in touch” with inner voices, but to embody and integrate them. To feel whole. When he invoked the inner child, I became sad and forlorn. Later, I was surprised when everyone else said their inner child was carefree and playful and joyful. END_OF_DOCUMENT_TOKEN_TO_BE_REPLACED 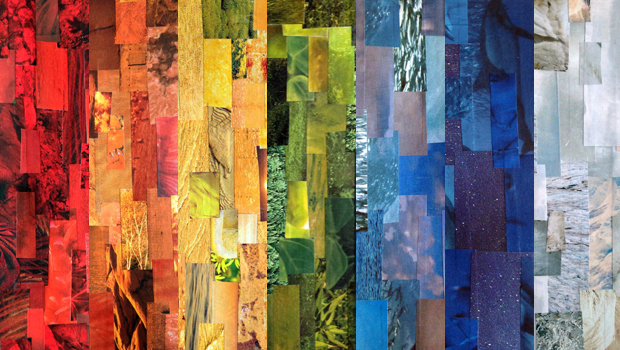 I was glad to see that the organizers of the Women’s March have issued a position paper. It’s good to have a better sense of the energy bubbling up within and around this event. If the bus parking applications are any indication, this is going to be big. It’s fair to assume that people are coming for many, many personal reasons. The position paper helps us to recognize a shared purpose. And from there, who knows what’s possible?

So it was with a growing feeling of unease that I read down the four PDF pages, point by point, wondering when—and then if—the environment would get a mention. Here we have gender justice, freedom from violence against our bodies, an end to—and accountability for—police brutality, and the end of racial profiling. Here we have dismantling gender and racial inequities within the criminal justice system, Reproductive Freedom, Gender Justice, LGBTQIA rights, and a fair, secure, equitable economy. Here we have equal pay for equal work, the dignity and fair treatment of care workers, the right to organize, the living wage, Civil Rights as birthright, passing the ERA, and immigrant and refugee dignity and rights.

Finally, the last point at the end of page 4, is this: END_OF_DOCUMENT_TOKEN_TO_BE_REPLACED

A fellow Baltimorean who has been a tireless and effective advocate for housing policy reform is calling it quits for lack of funding. Driven by her own sense of justice, she has helped countless elderly folks avoid eviction and called attention to the disgusting inequities in Baltimore housing. A wise man said recently that people have long known how to profit off exploiting poor people. He said, when we can figure out how to profit off helping the poor, well, then. Look out.

It disgusts me that these things always come down to money. But this is not a post about the sacred energy of money or the power of intention or of positive thinking or the secrets of manifesting wealth. This is a rant about politics, a topic I normally avoid. I saw Maryland Congressman Elijah Cummings speak last night. He considers himself an ordinary man who has had extraordinary experiences by the grace of God and his own hard work. Pity that he is the exception rather than the rule. END_OF_DOCUMENT_TOKEN_TO_BE_REPLACED

The Dalai Lama was at the White House last week. It was their fourth meeting, held in private with no video cameras or reporters present. This rankled the officials in China, who see the Dalai Lama as “a dangerous separatist.” Obama considers him a friend, and I imagine a trusted advisor and fellow leader. Given the timing of the visit, the Dalai Lama offered his condolences for the many victims of the Orlando shooting.

Last year, the Dalai Lama celebrated his 80th birthday. There is a big photograph of him off to one side of the yoga studio where I practice. He’s laughing and pointing, like he just made a joke or is putting someone at ease. Looking at it yesterday, it struck me that he has been the spiritual leader of Tibet for my entire life. Even when I had no idea who he was. END_OF_DOCUMENT_TOKEN_TO_BE_REPLACED

In “Straight Outta Compton,” Dr. Dre, Ice Cube, Eazy E and their friends are taking a break outside the record studio in Torrance, where they are producing their second album. The police roll up and get to work harassing and humiliating them in a practiced way, assuming they are gang bangers and dope slingers. The musicians’ protests are met not with respect or the benefit of the doubt, but with threats of further harm. It’s a clear dramatization of the power-over dynamic enabled by the war on drugs. The militarized tactics of police rely on the logic of old stories. END_OF_DOCUMENT_TOKEN_TO_BE_REPLACED

This guest post is by Megan Carlson. You can read a bit about her on the “Denizens” page.

When I was ten years old, a friend’s mom said—to my face—that she felt sorry for me because of how hard my mom worked. She was “worried about how I would turn out.” My mom, a graduate of Johns Hopkins Medical School and entering into a field, at that time, heavily dominated by men, was somehow an unfit role model for her daughter in the southern eyes of women in our community.

My parents, though, carried on in discarding gender roles. My dad had me in the lab with him on Saturdays running “experiments” at the age of six, and my mom decided to keep being a great physician despite the questioning looks and muttered concerns. However, in spite of their great efforts in molding a daughter who was fearless, I still had issues with confidence and self-doubt, something that was invisible to most. Luckily, my professors at Auburn and Clemson saw the weight of my insecurity bearing down on me, and day by day they chipped away at it until I discovered what it felt like to move freely. END_OF_DOCUMENT_TOKEN_TO_BE_REPLACED 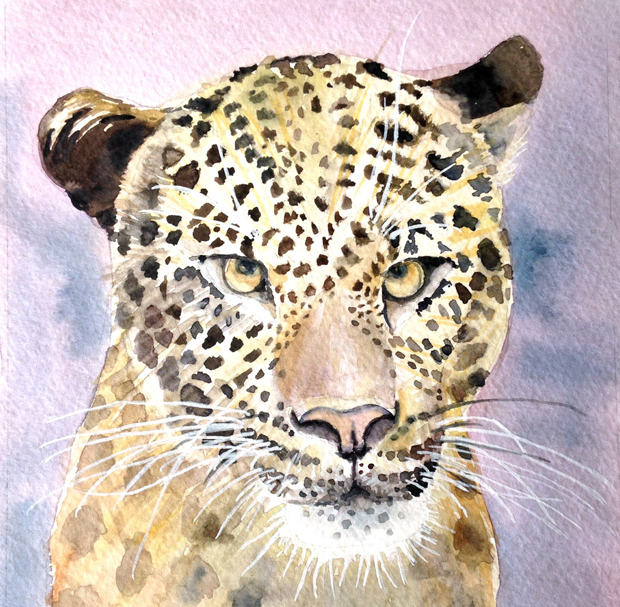 The story at times feels like passages of the Mahabarata, Greek myths of fathers and sons, Shakespearean drama of mistaken identity, or the Bible’s story of the Prodigal son returning. Perennial activist John Henry is a Moses character, bringing his people to freedom through the desert. Even the simple mention of stores at an intersection—the Gap, Banana Republic, a bank—takes on an End-of Empire feel. Yes, they are actual stores, but they also stand for something far greater, beyond any one individual. They are part of a vast capitalist network of exploitation of material resources and people’s lives and livelihoods. END_OF_DOCUMENT_TOKEN_TO_BE_REPLACED

I am closing in on that age noted by my parents years ago as one entry point into elderhood: when the U.S. President is younger than me. With Obama, I’ve just squeaked by: he is sixteen months older than me. If Hillary or Bernie win this one, I may be okay at least for another four years. That does seem part of either of their appeal—the wisdom and equanimity they must have accumulated during long, eventful lives.

In general, though, we seem to lack positive archetypes for older people, especially women. NPR’s Ina Jaffe has reported about issues facing older Americans for years, and even she doesn’t have a good word to refer to them. Polls are inconclusive: most older people don’t like any of the usual words. But the problem is more than skin deep: END_OF_DOCUMENT_TOKEN_TO_BE_REPLACED 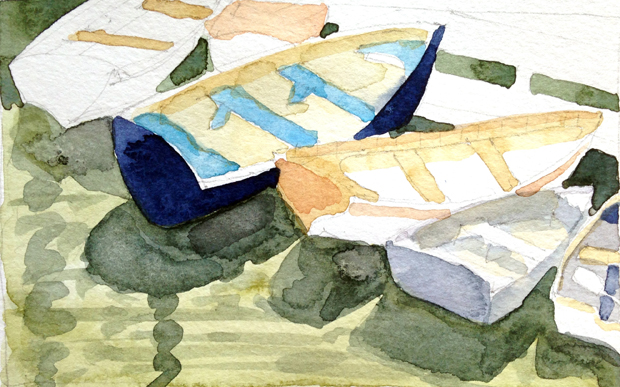 Our fascination with Story is so deeply embedded I would be surprised if genetic researchers haven’t turned up a receptor gene for it. We are almost as fond of categorizing things as we are of telling stories, so I wasn’t surprised recently to come across an article about the seven archetypal stories. This take on it says that the seven stories are: overcoming the monster, rebirth, quest, journey and return, rags to riches, comedy, and tragedy. Other genre categories break it down differently: love story, thriller, murder mystery, epic adventure, etc. The point is, we relate deeply, even subconsciously, to stories that have familiar themes and structures.

Just as there are types of stories, there are also types of storytellers. Some we call entertainers, others leaders or politicians. Some we call teachers, or pastors, rabbis or imams. Some are advertisers, others activists. All understand the power of Story to help us make sense of our lives, to show us our struggles and shine light on a pathway through them. It’s telling that this particular article ran in an advertising magazine. END_OF_DOCUMENT_TOKEN_TO_BE_REPLACED

We always have the choice to choose joy and love over resentment and misery. I’ve had two great reminders of this recently. Michel Martin’s editorial on NPR makes the case for rejoicing rather than lamenting opportunities for activism. And Liz Gilbert, in Big Magic, echoes with her challenge to the cult of anguish that hangs over creativity. Martin asks why so many people who offer themselves up for leadership these days do it with an air of “Why me?” Then she holds up the example of inventors:

“When do you ever hear people say, ‘Why didn’t somebody else invent the airplane, the smart phone, solar panels, the tea infuser, for heaven’s sake, so I didn’t have to?’ We even have commercials featuring the tiny garages and attics where supposedly this inventing took place. We understand that discovery is a joy that can feel like a physical sensation.”

Under the tyranny of the Old Story of Separation, “No pain, no gain” is infused into everything we value most. War metaphors may be the currency of our culture, but I wonder if our allegiance to struggle and competitiveness is thinning what could be a much-needed flood of creativity into more of a trickle. Martin again: END_OF_DOCUMENT_TOKEN_TO_BE_REPLACED