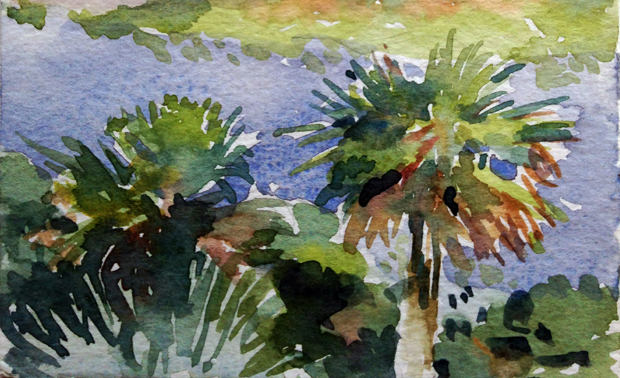 A wise teacher advises in times of uncertainty to turn to activities that go back generations deep. Ancient activities like walking, or storytelling around a fire, or cooking, or hugging, can be very grounding. These basic actions remind us of our humanity, of our animal nature, and our belonging.

To that list, I would add feeling and expressing emotion. We have been conditioned to push emotion away as wrong, unseemly, embarrassing, toxic, dangerous, imposing, selfish, anti-social — there are any number of labels the ego likes to have at the ready. Last night, I discovered an excellent way to practice emotions: improv class.

It turns out that improv teachers have a whole bunch of fun exercises and games for feeling emotions. Our teacher introduced the evening by saying how much it bugs him when an improviser gets up on stage and unknowingly communicates: “Here, let me show you the emotion I would be feeling, if I was actually feeling it.” We can spot that sort of  proxy emotion a mile away, and yet it’s almost the norm in our daily lives.

It just feels safer not to let emotions show, not to let people in very far, but it’s also an ingrained habit fed by the story of separation. We carry a longing for real connection, as well as an innate ability to recognize falseness and facades. This longing probably accounts for the viral popularity of Brené Brown’s TED talks on shame and vulnerability.

Improv class showed me how to play with emotions in low-stakes scenarios, where the ego — with its cartload of stories about me, my life, my failings and limitations, what’s fair, who did what to whom — is talked into sitting on the sidelines. Or even joining in on the fun.

We played games to mirror another person’s emotions while talking gibberish to each other; we stood in squares marked on the floor with tape to feel emotions like joy, sorrow, fear and anger with mild, medium and great intensity; we took turns acting in scenes with exaggerated emotions; and we told stories informed by the specific emotions in the squares on the floor.

It was all tremendously liberating, even healing, to spend a couple of hours experiencing real emotions in a playful, yet authentic way. We learned in the squares-on-the-floor game which emotions were easier for us to feel, which varied by individual. We saw that shifting from the anger square to the fear square affects the story’s content as it‘s being told. And how universal it is to feel two emotions at once, like joy and sorrow.

The freedom from “real” situations allowed a pure experience of the fluidity and ephemeral nature of emotions. I could ride in, down, and through them without getting stuck or bogged down. Since I was just playing games, the ego didn’t have a chance to chime in with its endless litany of complaints, criticisms, and indignations. Or to trick me into a story that this emotion is Real and Final, or that it will swallow me into a hole from which I can never emerge.

Another thing I learned is that details are a doorway into emotion. Stories and good improv sketches that include concrete details draw people in more, even the teller or performer herself. When people got specific in their stories last night, their sorrow or fear or joy became more palpable; it enlivened the story and pulled us all in deeper.

The arts are particularly good at awakening this empathy. In an interview of award-winning photographer Lynsey Addario, she was asked about a quote in her book by the great photojournalist Robert Capa. He said that if your pictures aren’t good enough, you’re not close enough. The interviewer pointed out that in a war zone, this can be a life-threatening risk. Addario responds:

“ . . . there are two ways to read into that. And I always read into it more in – not only physically close, but emotionally close. And I think as a photographer it’s very important to get emotionally close to your subjects and to really just break down those walls that exist between a photographer and anyone because the minute you introduce a camera into any scene, people become aware of that. And they become uncomfortable or a bit rigid. And so it’s only with time and with feeling comfortable with someone that that goes away.”

She gave a vivid example of being embedded with American troops in Afghanistan and surrounded by Taliban fighters; the ensuing gun battle wounded three soldiers and killed a sergeant. She had been living with them for two months, so the men trusted her and gave their permission to have photos taken in the aftermath. Their suffering affected her, too, which comes through in the pictures.

Master storyteller Bruce Springsteen understands well how to break down barriers. In “Born to Run,” the tiny detail of a woman’s name — Wendy — is just wrenching. I only noticed that this morning, his choice to say her name. It makes her a real person whom we care about all the more. Even if we don’t know a Wendy in real life, now we know this one. That empathy makes us human and draws us together.

It may be that listening to Springsteen’s music (or others’) is one of the only ways that modern people get to experience the full range of their emotions without self-censorship, embarrassment, or ridicule. His songs affect everyone; it’s something we can share with others. And they’re full of great advice, like this line from “Dancing in the Dark:”

“You can’t start a fire worrying about your little world falling apart.”

The Boss is saying, don’t let an emotion like fear keep you from living. And don’t let fear of emotion keep you from connecting with another person. His songs speak to us as individuals and bind us together in shared experience. That’s great storytelling.

Improv class may not be a cure-all for society’s ills, but it’s a wonderful chance to play with emotions, to experience their power and energy, and to witness how they flow so easily from one person to another and back again. They say that animals play to learn the behaviors they’ll need to survive when they grow up. So cats “hunt” and horses frolic, bear cubs wrestle and chase each other.

Humans are the only animal that continues to play past childhood. But what purpose does our play serve, other than mindless escapism and entertainment? What if we could also play our way back to connection and belonging by giving ourselves the permission to stretch all of our emotional muscles in a safe container like improv?

3 thoughts on “Playing our way back to connection”