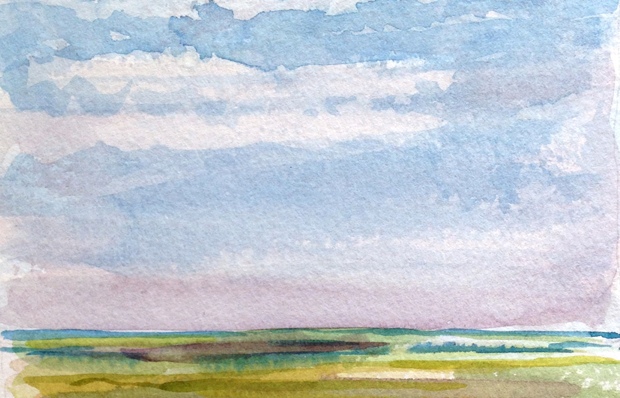 In the book, Outrageous Openness, the author, Tosha Silver, is having tea with her left-brain economics professor friend, a guy who is a complete skeptic about anything spiritual or mystical. She asks him if nothing at all had happened in his life that defied rational explanation. He responds with this story:

One snowy night in the college dorm, his roommate decided to go out to some bars, and he, being tired, stayed in and went to bed. At three in the morning, he awoke suddenly to his roommate shouting his name. He heard it clearly, twice. Wide awake, he looked around the room and realized he was the only one there. In a stupor, he stumbled to his car and drove through deep snow, without conscious thought as to direction. About ten minutes later, he arrived at a snow bank, into which his roommate had driven his car. The roommate was freezing, incoherent and drunk. He was able to get him back to their room to warm up and sleep it off.

As incredible as the story is, Ms. Silver is even more amazed by her friend’s denial that this event had any effect on him. He deliberately set it aside and continued on with his life as if nothing had happened. He was headed to graduate school and figured that if he believed this was anything more than random coincidence, he would have to throw out everything else he believed and start over from scratch.

This all-or-nothing stance reveals an assumption that if you allow room for non-rational occurrences in your life, they will crowd out all reason and send you “to the loony bin,” as her friend confided. Ms. Silver questioned the sanity of a culture that denies such things are as real as everyday events.

And isn’t that the message, the subtext of our dominant cultural stories? If you stray from the straight path, you will not only get lost in the forest of unreason, you will be devoured by wolves.

Maybe this is partly the legacy of centuries of religious oppression and persecution, and rigid laws about what and how to believe. Add to that the challenges of Enlightenment thinking that says only the measurable is real, and that every component part of nature — no matter how small — can be taken apart and studied in isolation. There’s that all-or-nothing stance. You’re either with us or against us. You’re either a thinking, rational scientist or a crazy, irrelevant mystic/artist/poet/philosopher/priest. There’s probably also an ingrained fear of our own wildness.

What would happen if we tried an experiment and allowed both to co-exist? There’s a field called biomimicry, where engineers and designers mimic nature’s way of solving problems, from the practical stance that with a few million years’ head start on us, nature has something to teach us. Biomimicry could be applied here, since the paradox of both/and is rampant in nature at every scale.

I can be a rational, practical, functioning member of society and allow the non-rational into my life. I can invite and welcome experiences of coincidence and synchronicity. I can make room for stillness, alignment, prayer, and intuition. I can practice noticing when steps on my path are revealed to me. I can even trust that when I follow my heart — even if it seems a random direction — everything I encounter is part of divine help.

This does not make me crazy. It makes me willing, receptive, faithful. It makes me someone who is seeking to balance reason and intuition, inner and outer resources, will and trust. My job, to the extent that I am able, is to balance these contrasting energies within my very body, and to align my actions in the world with that integration.

Knowing there is always more, I can be kind to myself as I am, and trust that even the intention to be so aligned — whether I pull it off with skill or clumsiness in my actions — is sincere enough. It counts. When I bring that balance to my thoughts, my work and my relationships, life is full of ease and joy.