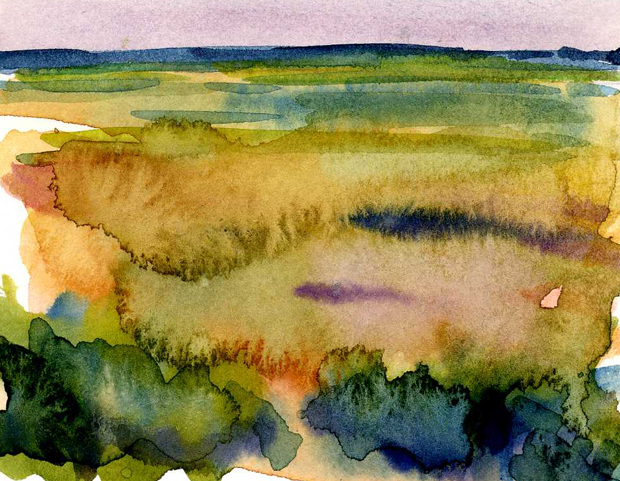 My entry into the world of sustainable design came out of an Earth Day talk by the architect William McDonough. For a long time, my why was a reaction against bad news: oil-coated ducks; mountains of trash in landfills; coal mines that leveled living mountains and shoved them into pristine river valleys; climate change; “Cancer Alley,” where they make PVC, a known carcinogen that’s in countless building materials.

I thought, we’ve got to turn this thing around, and we are smart enough: we have the know-how and technology to do it. In my lectures, after pictures of the bad news, I would show a diagram of a circle drawn with arrows, depicting closed loops by recycling materials. I would show case studies of buildings designed to use very little energy, heated and powered by the sun, sheltered by the constant temperature of the earth, roofed with gardens that birds could call home.

For a long time how worked for me. Clients and universities hired me for my how, and my expertise grew. I was voracious for new information, new case studies, materials, techniques, software, consultants, technologies. And also ancient strategies – passive ventilation, solar heat, native materials.

The problem was, whenever a client resisted or declined a recommendation, or when other experts on the team reverted to their old tried and true ways, I would despair. Since my why depended so heavily on everyone doing everything possible, any compromise felt like failure and doom.

To make matters worse, the global situation wasn’t getting any better. In fact, it seemed to be getting worse. Climate summits ended in tepid, absurdly long-term agreements for all the urgency of the science. Oil exploration went to greater extremes. More farmland was bulldozed for new suburban sprawl on the 1950s model, updated with 6- and 8-lane feeder roads and 4,000 square foot starter homes in neighborhoods where nobody knows each other.

It became more and more difficult to maintain my optimism that sustainable design – and even sustainability broadly applied to corporations, institutions and municipalities – was going to get us there – wherever that even was.

I had the image of an elephant on a seesaw with a mouse. No amount of solar panels and green roofs were gong to weigh that mouse down enough to balance the elephant of fossil fuels, plastic and throwaway materialism. Nor could my work have any influence on the elephant directly. It seemed necessary to cut off elephant body parts, but who had the power to do something so drastic?

I found myself fizzling on both my why and the how. I got to the point where I no longer believed in it. Most of time, my work had been fueled by anxiety and urgency, and sometimes anger, guilt, and shame. I was exhausted and depressed.

So I went back to the why. Moving away from a future I didn’t want was an uninspiring motivation, so I wondered, what does the future I do want even look like? Or, looking further upstream, what must our culture tell itself, in order to build the kind of world we live in today? And what stories could create a more beautiful future?

In this, I was helped by a brilliant article written by the great systems scientist, Donella Meadows, called, “Leverage Points: Places to Intervene in a System.” When I read it, I discovered that I had been working at the least effective end of things, and that didn’t sit well with me. Life’s too short to tinker.

Second from the top, I found what I was looking for: “Change the mindset or paradigm out of which the system arises.” That’s a how, wrapped in a why. Meadows has some guidance here:

“So how do you change paradigms? Thomas Kuhn, who wrote the seminal book about the great paradigm shifts of science, has a lot to say about that. In a nutshell, you keep pointing at the anomalies and failures in the old paradigm, you keep speaking louder and with assurance from the new one, you insert people with the new paradigm in places of public visibility and power. You don’t waste time with reactionaries; rather you work with active change agents and with the vast middle ground of people who are open-minded.”

It gets even better. The top leverage point is: “The power to transcend paradigms,” which comes from humility and leads into mystery and enlightenment.

“Everyone who has managed to entertain that idea, for a moment or for a lifetime, has found it to be the basis for radical empowerment. If no paradigm is right, you can choose whatever one will help you achieve your purpose. If you have no idea where to get a purpose, you can listen to the universe (or put in the name of your favorite deity here) and do his, her, its will, which is probably a lot better informed than your own. It is in this space of mastery over paradigms that people throw off addictions, live in constant joy, bring down empires, found religions, get locked up or ‘disappeared’ or shot, and have impacts that last for millennia.”

Now we’re talking! I have learned from painful experience that work motivated by fear, anger and anxiety unintentionally creates more of the same. When I align with the stories I want to live into, there is an ease and flow to my life and work. I don’t have to know precisely what the future is or how we’ll get there. Letting go of the outcome may run counter to all I’ve been taught, but it’s tremendously liberating.

It helps to see that the elephant and the mouse are seesawing inside of me. How I react to the outer-world versions of their unbalancing act starts with the stories I tell myself. These are the stories of who I am in relation to my own body, to other people and the whole community of Life. I will let myself be led to tap into a collective dream of the future, one that’s unfolding all around us, even as darker forces propel our civilization to an uncertain end. If this sounds like an epic struggle between the forces of light and dark, that’s because it is. And that struggle is within my own heart, and yours.

One thought on “How can you balance an elephant on a seesaw with a mouse, and why even try?”