Bentley was born during the Civil War in Jericho, a remote farming community in the Vermont mountains. Largely self-educated, he became fascinated as a teen with looking at natural objects through a microscope. He spent hours studying drops of water, fragments of stone, feathers, and flower petals. But snowflakes captured his heart early on: END_OF_DOCUMENT_TOKEN_TO_BE_REPLACED 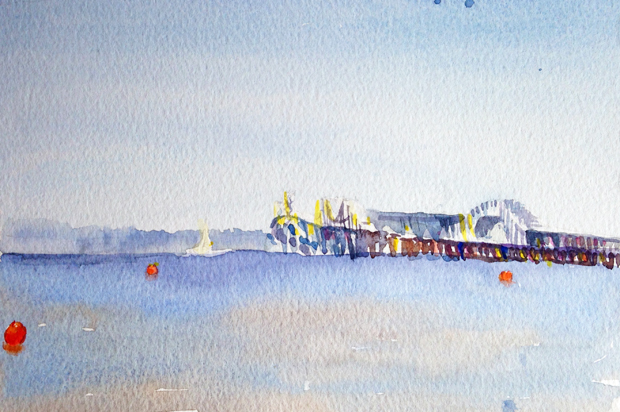 I just finished “The Real Cost of Fracking: How America’s Shale Gas Boom Is Threatening Our Families, Pets, and Food,” by Michelle Bamberger and Robert Oswald. It’s got me thinking about interdependence, the reality that we are all connected through myriad threads, whether we acknowledge it or not. This book is full of gripping stories of people whose lives have been turned upside down by shale gas drilling in their pristine, rural communities.

On one level, it’s a nine-chapter slog through egregious practices by sloppy, greedy drillers and their disregard for farmers and for public health, as well as their shocking ignorance of the laws of physics (I mean, who really believes it’s fine to spread toxic wastewater on roads to “keep the dirt down”?). END_OF_DOCUMENT_TOKEN_TO_BE_REPLACED

People who research creativity and innovation tell us that the willingness to risk is a critical factor. Fear of failure shuts down creativity. At IDEO, a world-renowned design firm, their motto is “Fail early and fail often.” In the art classroom at my son’s grade school was a beautiful, handmade sign in rainbow letters that said, “Mistakes are treasures.”

My own relationship with risk and failure is evolving. A child of a grand perfectionist, I learned early to do everything possible to avoid failure. I never knowingly took risks and resisted mightily when in situations so challenging as to be ripe for failure. It took sailboat racing to reveal the unique freedom that’s concealed within failure. END_OF_DOCUMENT_TOKEN_TO_BE_REPLACED 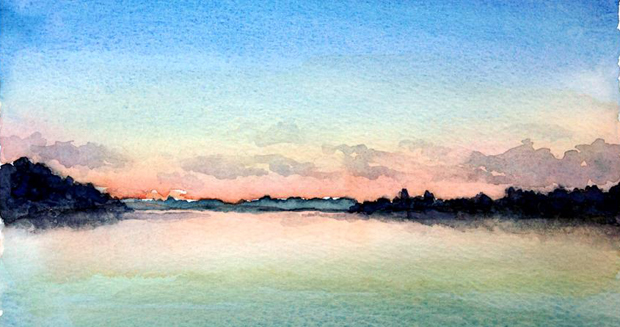 He knew that resistance was not only futile; it would be dangerous and stupid in the face of such omnipotent, unseen forces. His unquestioning compliance was the right response in a situation like that: a sudden thunderstorm sweeping over us in the dead of night. END_OF_DOCUMENT_TOKEN_TO_BE_REPLACED

And then, as they watched, everything exited the scene: street trees just leafing out, wrought iron light poles, cars, paving, fence, and stone retaining wall slid twenty feet to the railroad tracks below. Cries of alarm and outrage erupted on the video as a plume of dust rose and subsided. END_OF_DOCUMENT_TOKEN_TO_BE_REPLACED

At the end of a yoga class a while back, I was visited by a marvelous insight. The class sat facing the teacher after Savasana for our Namaste and goodbye. I caught sight of someone’s water bottle standing alone in the space between the group and the teacher. It was a clear orangey plastic and the water inside was glowing with light. Looking around, the room was rather dim. The windows were far away from this spot. Certainly, no direct shaft of light was hitting the bottle. I imagined that light is as dense and real a medium as air, and as ever-present. It takes a glowing water bottle to reveal that. As though the water is in league with the light — standing in the gravity-defying vertical column of that vessel.

The sudden insight was this: we are like that water in the bottle. Our substance can glow just like that — as the light flows around and through us. END_OF_DOCUMENT_TOKEN_TO_BE_REPLACED

Learning architecture properly takes years, decades really. Architecture students are notoriously dedicated to their design studios and lackluster about all other subjects, including what was called in my day, “Tech,” but is now “Building Science,” the study of the physical realities of buildings. Tech Professors were always the geekiest and most boring people, wash-ups from related professions like mechanical equipment sales. Stupid from all nighters in the design studio, we weathered their classes in a sleep-deprived haze. We pried our eyelids open in cavernous basement classrooms to view forensic slides of rotted insulation and rusting metal structures, failures that could have been avoided with better window flashing.

Jim Tuley, my graduate school detailing professor, changed all that. He approached detailing – the intricate thinking-through of how a building is put together – with the focus of a Zen monk and the casual profanity of a 1960s Malibu surfer. END_OF_DOCUMENT_TOKEN_TO_BE_REPLACED