Bentley was born during the Civil War in Jericho, a remote farming community in the Vermont mountains. Largely self-educated, he became fascinated as a teen with looking at natural objects through a microscope. He spent hours studying drops of water, fragments of stone, feathers, and flower petals. But snowflakes captured his heart early on:

“The farm folks, up in this north country, dread the winter; but I was supremely happy, from the day of the first snowfall—which usually came in November—until the last one, which sometimes came as late as May.”

When Bentley wasn’t working with his brother on the family farm, he gave himself wholeheartedly to his pursuit, and in the process developed pioneering techniques of photomicrography. He approached his work with both the keen curiosity of a scientist and the wonder of a poet:

“Under the microscope, I found that snowflakes were miracles of beauty; and it seemed a shame that this beauty should not be seen and appreciated by others. Every crystal was a masterpiece of design and no one design was ever repeated., When a snowflake melted, that design was forever lost. Just that much beauty was gone, without leaving any record behind.”

His life reminds me of Wendell Berry, who is a farmer in Kentucky with his brother, and also a poet and essayist. Berry’s deep connection with the land, with cycles and seasons, and his firsthand experience with the many elements out of human control like sunlight, weather, and soil, all inform and color his thinking. He is thoroughly grounded and practical, the sort of visionary that is most needed these days.

Bentley captured more than 5,000 photographs during his lifetime, published articles in scientific journals and the popular press, lectured and sold glass slides to universities around the country. Even with all that, his work was ignored at the time by science and little appreciated in his community. When asked what his neighbors thought of him, Bentley said:

“Oh, I guess they’ve always believed I was crazy, or a fool, or both. Years ago, I thought they might feel different if they understood what I was doing. I thought they might be glad to understand. So I announced that I would give a talk in the village and show lantern slides of my pictures. They are beautiful, you know, marvelously beautiful on the screen. But when the night came for my lecture just six people were there to hear me. It was free, mind you! And it was a fine, pleasant evening, too. But they weren’t interested.”

While it may be understandable that farmers are occupied with practical concerns about the weather, the harvest, and the cows, the scientific community was slow to respond not out of snobbery, but because Bentley was so far ahead of his time, exploring a new frontier. What fascinates me most about him, though, is his utter dedication and obvious love for the beauty and intricacies of snowflakes. His passion to capture the fleeting wonders and share them with the world had nothing whatsoever to do with practicality or money.

“The snow crystals . . . come to us not only to reveal the wondrous beauty of the minute in Nature, but to teach us that all earthly beauty is transient and must soon fade away. But though the beauty of the snow is evanescent, like the beauties of the autumn, as of the evening sky, it fades but to come again.”

In 1931, a book was finally published containing more than 2,400 of his photographs of snow crystals. Late that year, he died of pneumonia contracted while walking in snow. His hometown paper wrote an obituary that said in part:

“Longfellow said that genius is infinite painstaking. John Ruskin declared that genius is only a superior power of seeing. Wilson Bentley was a living example of this type of genius. He saw something in the snowflakes which other men failed to see, not because they could not see, but because they had not the patience and the understanding to look.”

The beauty and wonders of the natural world are available to each one of us, all the time. How many of us have the patience to, as Mary Oliver puts it, pay attention, be astonished, and tell about it? I usually tell myself I’m too busy; I can’t possibly spare the time to go for a walk just to enjoy the snow. But, now that I’m finished with this writing, that’s exactly what I’m going to do. 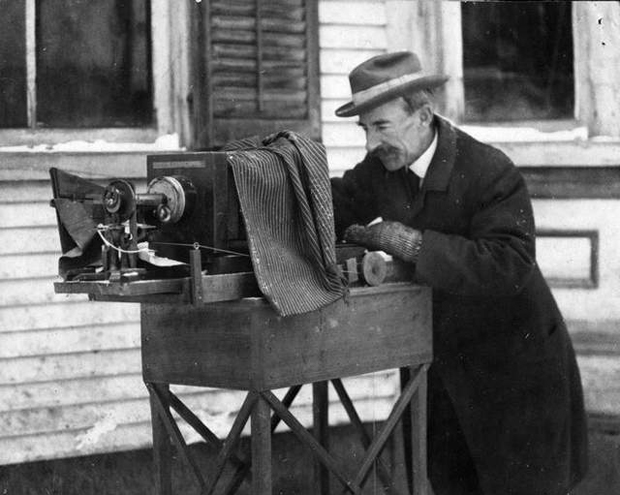