Bentley was born during the Civil War in Jericho, a remote farming community in the Vermont mountains. Largely self-educated, he became fascinated as a teen with looking at natural objects through a microscope. He spent hours studying drops of water, fragments of stone, feathers, and flower petals. But snowflakes captured his heart early on: END_OF_DOCUMENT_TOKEN_TO_BE_REPLACED

I’ve been researching the watermen of the Chesapeake Bay, particularly the residents of Smith Island, one of only two inhabited islands in the Bay. These men toil long hours — 3:30 a.m. to 3:00 p.m. at the height of summer — doing backbreaking work for what we in cities might call a subsistence living. They work six days a week and attend church meetings and services on Sunday. Their only time off is the month of April, after the oyster season and before the crabs return. That’s the month when they get to sleep in till dawn, overhaul their boats and swap stories at the general store.

People like this, who work the water or the land, have profound and hard-won knowledge of the cycles of the seasons, of weather, of periods of abundance and of scarcity. They’ve been around long enough to recognize patterns and trends, and also to hold such insights lightly, because nature always surprises you. One thing is certain: these people know what it feels like to do a good day’s work. END_OF_DOCUMENT_TOKEN_TO_BE_REPLACED

A friend recently began working with a new writing mentor, a well-known author who has been at it for over twenty years and has much to teach. It is humbling to be reminded that there is always more to learn, and yet I am aware that it works both ways. There is always more from the source of ideas, of images and words and revelation; I experience it daily in writing this blog. The creative source is boundless and endless, a reliable example of abundance. I have only to tune in, listen carefully and let myself be taken for a ride.

That there is always more I can do to hone my craft is at times inspiring, at times frustrating and depleting. It helps that I started in architecture, which is sometimes called an old man’s profession; it takes a good twenty or more years of practice before you begin to be any good at it. With writing, it’s said that you have to write 500 bad poems before you can write a good one. I’ve heard the same thing about drawing. Both refer to the requisite 10,000 hours of practice before mastery of anything that Malcolm Gladwell wrote about in “Blink.” END_OF_DOCUMENT_TOKEN_TO_BE_REPLACED 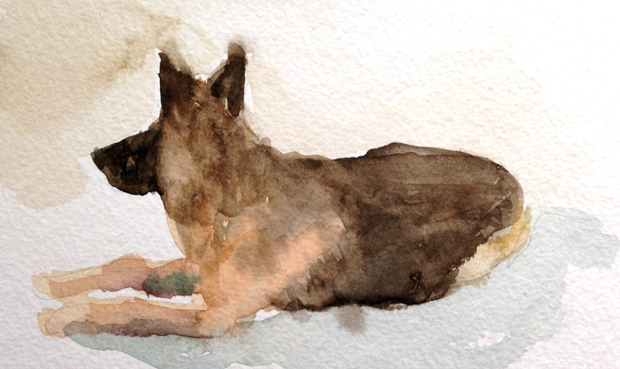 After a long holiday weekend spent with extended family, I am moved to reflect on kinship. I am a branch in a family tree that has roots in Italy and in Germany, Bohemia, Ireland and England. My ancestors are always with me: in specific memories, in personality traits, in my heart. I have a place with photographs of them which I greet daily, smiling at the stories behind the pictures.

Stories tell us who we are and where we’ve come from. My father’s father came over alone on the boat from Italy when he was fourteen, just a year older than my son is now. He lived in Chicago Heights, a town south of the infamous Southside of Chicago, and worked at Calumet Steel to provide for his family. END_OF_DOCUMENT_TOKEN_TO_BE_REPLACED 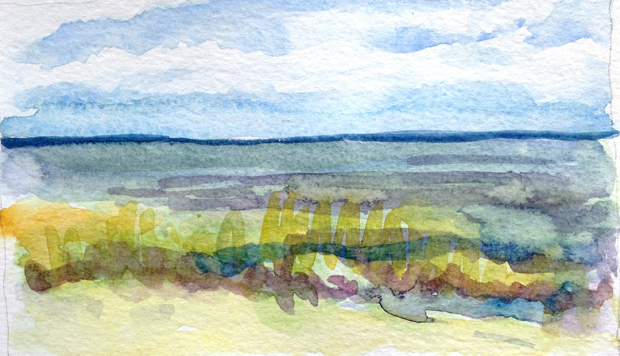 Years ago, a therapist countered my confession of longing to be loved unconditionally with this statement: there is no such thing as unconditional love. Being used to therapists who are more Socratic, I was shocked at the bluntness.

It felt wrong to me, like admitting defeat in a game you weren’t even playing. What’s the point of intimate relationships, if not to be loved, warts and all? Through thick and thin and all that. It felt like our marriage vows are worded just so, to bind us into something before it dawns on us how over our heads we’ve gotten. END_OF_DOCUMENT_TOKEN_TO_BE_REPLACED 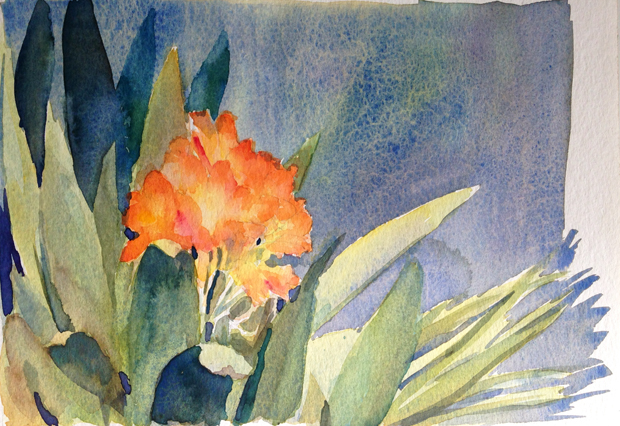 In a 2005 New York Times essay, “The Founding Sachems,” author Charles Mann outlined the influence of Haudenosaunee’s “Great Law of Peace” on the colonists and founding fathers. The democratic ideals practiced by this alliance of six tribes, also known as the Iroquois confederation, derived from an unshakable belief in the sanctity and value of each individual, man, woman, and child. END_OF_DOCUMENT_TOKEN_TO_BE_REPLACED 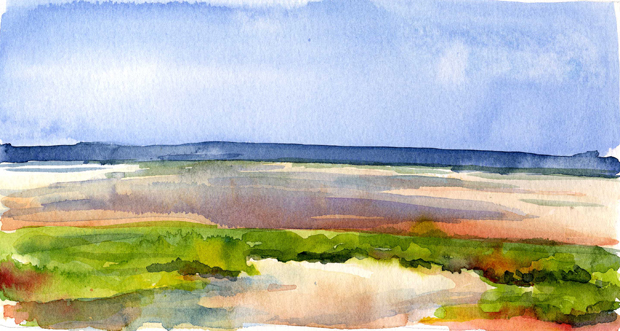 Recently, I participated in an ambitious community art project called Autumn Leaves. The gatherings celebrated elders and youth, and featured art, performance, and sharing what gives our lives meaning. We were invited to give our response to three questions, one of which was: What would you say to your 21-year-old self?

My first thought was, this young woman needed so much advice! I’m not sure she would have heeded any of it, but here’s what I had planned to say.

First, rely on your heart. Learn to listen to your inner voice, and be a channel for what wants to come through you, because you’re unique and the world needs what you can bring forth. Since your work is bigger than you, you don’t have to worry about whether it’s good enough. END_OF_DOCUMENT_TOKEN_TO_BE_REPLACED 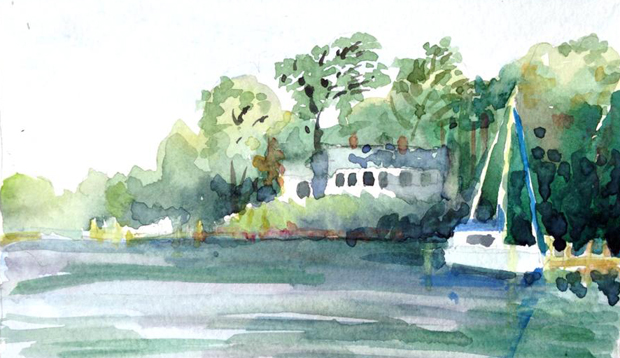 I have a friend who works with clients who suffer unimaginable difficulties. In a recent conversation, I asked her how she cultivates joy. She ticked off a number of practices: conscious breathing while walking her dogs, yoga, self-care, and exercise. Each year, during her birthday month, she journals about what gives her life meaning, her gratitude for her children’s health, her own good fortune, and what’s in store for the year ahead.

Practicing self-love in the face of hardship can take any form, one of which is to notice and appreciate the natural world. The theologian / historian / philosopher Thomas Berry said that humans came along late in evolution because we need the dazzling beauty and diversity of the world to give us solace. We have a lot to grieve, starting with the paradox that we must take the lives of other living beings in order to survive. END_OF_DOCUMENT_TOKEN_TO_BE_REPLACED

I am an aspiring author. There, I’ve said it. Four years of architecture school, two-and-a-half years of grad school, five years of internship, six months of daily studying, a week of exams, licensure, some more jobs, five businesses, dozens of projects and – now you say, you want to be a writer? What are you thinking?

What can I say? I got the call. You know, the call that Joseph Campbell talks about that kicks off the “hero’s journey.” D.H. Lawrence, in this poem, named it the “three strange angels” who knock on your door in the middle of the night. You don’t really want to answer, but you know it can’t be avoided. They’ll just keep coming back until you answer. END_OF_DOCUMENT_TOKEN_TO_BE_REPLACED