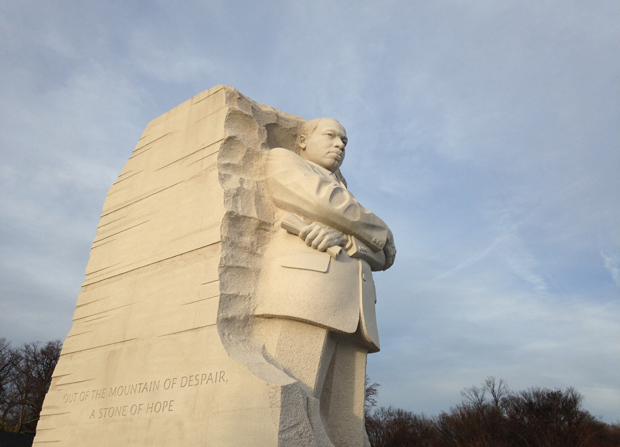 “We have two ears and one mouth so that we can listen twice as much as we speak.” ~ Epictetus

In acting or Improv, accurate listening comes from the heart. The great actor Alan Rickman went so far as to say, ““Acting is about accurate listening.” As an expression of deep connection, listening goes so deep that boundaries and agendas are forgotten. The action, the emotion, the words between two or more people take on a fluid quality that erases individual egos. You turn yourself over to the moment, surrendering to it and to your scene partners with complete trust. You are an instrument being played by a mysterious force, a gong rung by the wind.

Flow state, presence—these are terms used by psychologists and researchers to describe such moments of intense concentration. A flow state stems from a lack of resistance, an allowing that is the softer side of will. Athletes train innumerable hours to achieve flow states for peak performance. Actors rehearse, alone and with scene partners. Regular folks can also practice accurate listening. It’s how we cultivate and experience the deep interconnection that binds us all together.

The word, “accurate,” comes from the Latin, accuratus, “prepared with care, exact, elaborate.” It’s the past participle of accurare, “take care of.” There’s a certain vulnerability to taking care. It takes courage to surrender your personal power to another person and to the interaction, rather than trying to force an outcome.

“The first duty of love is to listen.” ~ Paul Tillich

We call great leaders “visionaries,” ascribing them a special power of sight, an ability to see into the future and describe it to the rest of us in compelling ways. Visionaries like Dr. King and many others who framed and led the Civil Rights Movement articulated the struggle and inspired people to join them on the path, even at great risk and cost.

There seems to be no word for the equivalent level of listening. The great Sufi poet Rumi wrote a beautiful poem about listening. He calls listening “a greeting from the secret ones inside the heart.” He imagines that the “branches of your intelligence grow new leaves in the wind of this listening.” Rumi tells us that listening is a “deep ear in your chest” turned towards the Divine.

We know that Dr. King was a great orator, and a great thinker and leader. I can’t recall hearing anything about his listening abilities, but I have to believe that he was a superbly accurate listener. He would have listened to his heart, to his deep inner knowing, to his God, to the movements and needs of the times, to the suffering and struggles of so many oppressed and belittled people. Maybe it can even be said that he was as great a listener as he was a speaker. Imagine that. How else could he have shared insights like this, if not by accurate listening?

We don’t, as a culture, exalt listening to podium status. It has no heroic visuals. There aren’t any YouTube videos of people listening. It is too quiet, passive, subtle to capture in action. Yet you can see its effects, the way a photon leaves traces of being in more than once place at once. Listening has a similar magic, a here-there-everywhere consciousness that yields surprising insights and brings wisdom and courage in the moment.

“If we have listening ears, God speaks to us in our own language, whatever that language is.” ~ Mahatma Gandhi

I experience listening as a turning inwards towards the depths. I am just as likely to encounter the light as the darkness. There is a quality of authenticity that inspires trust. The very word, “insight,” captures perfectly the inner seeing that comes from deep listening. As a practice of paying attention first to myself and then to others, it is an all too rare form of generosity. By listening to each other, we invite wisdom to sweep us off our feet, to blow the dust off complacency and stir our hearts with the miracle of interconnectedness.