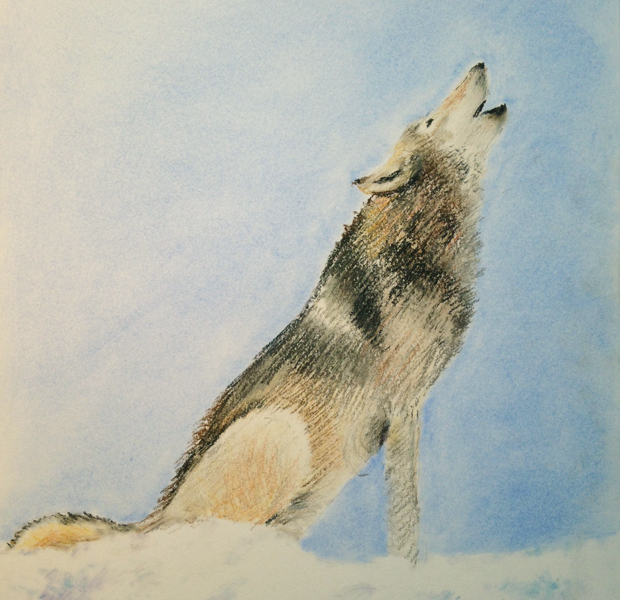 In the aftermath of the attacks in Paris, two themes on social media have caught my attention. One goes along the lines that eradication of all evil by violent means is the only possible response to restore safety and normalcy. The other chastises people for identifying with and feeling compassion for Parisians, but ignoring Lebanese, Syrians, and refugees of other ethnicities.

One is dangerously myopic; the other tips too far the other way by insisting that without a worldcentric perspective, your compassion falls woefully short of what is needed right now. I don’t mind having my awareness tweaked. I do object to holier-than-thou snarkiness that judges what I care about. And yet, maybe my discomfort stems from the sudden recognition that I, too, am guilty of looking down on those who don’t share my views or meet my expectations.

In one thread arguing for violent response, a guy invoked an analogy of wolves, sheep and sheepdogs. He argued with utter conviction that we should take our cues in loyalty, bravery, and “necessary” violence from these animals. In his words:

I assume he means this metaphorically, not as an animal behaviorist. This narrative made me curious about the ways that indigenous people use animal stories to educate themselves in moral and ethical behavior. While they understand the appeal of analogies with our fellow animals, they also know that we humans are capable of much more sophisticated thinking than the one-dimensional argument above.

Indigenous people understand that we embody all aspects of all living beings. It’s how we can recognize their qualities, as mirrors of that which is within us. Whether we feel affinity for or aversion to them teaches us our degree of acceptance or denial of those traits in ourselves. A more nuanced reading of the story above is that we are sheep and wolf, both. Such a story is a first step towards awareness, not an allegory of personality types.

From there, we apply the subtleties of reasoning, memory, history, connection to ancestors, and ability to conjure the future, in order to collectively discern what actions to take. While sheep and wolf are also conscious beings, they act on instinct, not on reasoning. We are equipped with both. Reason is useless to us, and dangerous, if it crowds out instinct and intuition.

Somewhere along the way we told ourselves that instinct—our felt, sensory, emotional responses to events—is inferior and not to be trusted. This story says we are separate from and superior to other animals, and therefore should apply only reason to our deliberations and decisions. This gets us into trouble. It leads us to make horrific decisions divorced from our humanity. Such abstract thinking “others” people into non-humanity so we can do atrocious things to them. We might choose to enslave them or drop smart bombs on them or refer to the deaths of innocent people as “collateral damage.”

The wolf-sheep guy also accused another who was tired of “an eye for an eye” of advocating that we co-exist with evil. The very belief that we can eradicate or cut evil out of society (and thus ourselves) is itself a cause of great suffering. As multidimensional beings, we each contain both evil and goodness. As interconnected beings, we are each party to, for one example, the one million dead innocents in Iraq from the U.S.-led war there. The list goes on and on, in an endless cycle of attack and retaliation. We are capable of so much better.

Even when writing that, I am aware that it sounds pat and simplistic. I do not live in a war zone. I do find it interesting that our least hawkish leaders are those who have fought in wars—like Colin Powell, for instance. War has been part of the human experience seemingly since Day One, and so has pacifism. The Quaker bumper sticker comes to mind: “War is not the answer.”

To return to this question of how shall we mourn these losses, it seems unnecessarily judgmental to say there is one correct way to care for other people. Why not meet people where they are and go from there? Instead of judging and making them feel badly for not taking on the sorrows and burdens of all who suffer. We’re all doing the best we can with what we have.