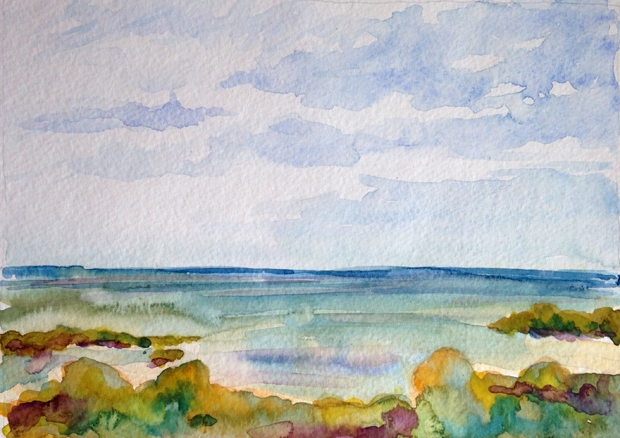 In twenty years as a self-declared “green” architect, I’ve worked with many clients to focus on their values and priorities. No one project can do everything, because no budget could withstand it, so we have to choose between goods: certified wood or radiant floor heat, composting toilets or bamboo floors or solar panels. These are not apples-to-apples decisions, so prioritizing is done within the context of big-picture values and vision.

One thing I’ve always emphasized is energy efficiency, partly because it’s the easiest sell — when your finished building uses less energy, you save money — but mostly for its direct link to greenhouse gas emissions and climate change. Of course, when I got into this gig two decades ago, there was a very different story about climate change than there is now.

Back then, there was tremendous optimism, sound scientific data, UN accords (like 1992’s Rio Earth Summit), technological know-how to build energy efficient economies, and innovative policy ideas like taxing carbon emissions. As long as more and more people like me signed up to spread the word and retool our professions, it all felt achievable within our lifetimes. Problem diagnosed? Check. Solutions in abundance? Check.

I educated myself, gave power point talks at conferences and meetings, revised my teaching, started a business and networked like crazy. I met brilliant, innovative, passionate people and became their mentee and colleague. I worked with visionary, committed, sometimes reluctant clients, and listened carefully. I learned the value of measurement, of baselines and targets and informed decision-making, as opposed to the sloppy rules of thumb that used to be the norm during the time of cheap energy. Surely, with computer models to design efficient buildings, and design teams collaborating to find solutions, it was only a matter of time.

What happened? I know when the first cracks appeared for me: in 2006, at a conference on sustainability, the penny dropped about Peak Oil and Climate Change, two sides of the same coin. Geologists were predicting when fossil fuels would run out globally (soon), and climate scientists were drawing their infamous “hockey-stick” graph of the rise of CO2 in the atmosphere, a central moment in Al Gore’s film, “An Inconvenient Truth.” At that point, I’d been at it for ten years, and the needle didn’t seem to be budging.

As well intentioned as Gore’s film was, we can see with hindsight how it damaged the movement to build awareness and action around climate change. The debate suddenly grew polarized, dividing along political lines into believers and non-believers. As if a global phenomenon, documented by tens of thousands of scientists working from hundreds, if not thousands, of angles, was a matter of faith or opinion. The problem was obvious, the science was clear, so why were so many people allowing themselves to be confused by fossil-fuel-industry funded misinformation campaigns? While outrageous YouTube videos do bring a certain dark satisfaction, they perpetuate a dangerous “us” and “them” stance that keeps us on the seesaw of opposition.

Personally, the backlash baffled and depressed me. It was excruciating to watch the climate movement getting more and more mired in arguments, and occasional bright spots like 350.org didn’t seem to make much difference. In mid-2013, to catch myself up on the science, I read some articles and slogged through two excellent books: “Eaarth,” by Bill McKibben, and “Down to the Wire,” by David Orr. To say they were sobering would be a gross understatement; I was numb with anger and fear for the future.

Lately, I’m more attracted to projects like this one, which asks climate scientists how they feel about climate change. Their responses are telling, as scientists are rigorous to keep emotion out of their work. Yet, they are human, living on this earth, many with families, and naturally worry about the future. Or despair. This is a beautiful example from Dr. Sarah Perkins, a researcher based at the University of New South Wales. Her work focuses on Australian climate extremes.

“For sometime now I’ve been terribly worried. I wish I didn’t have to acknowledge it, but everything I have feared is happening. I used to think I was paranoid, but it’s true. She’s slipping away from us. She’s been showing signs of acute illness for quite a while, but no one has really done anything. Her increased erratic behaviour is something I’ve especially noticed. Certain behaviours that were only rare occurrences are starting to occur more often, and with heightened anger. I’ve tried to highlight these changes time and time again, as well as their speed of increase, but no one has paid attention.”

In the late 90s, early 2000s, the “we can fix this” mentality was still strong, and it’s what kept me going. Thom Hartmann’s excellent 1998 book, “The Last Hours of Ancient Sunlight,” has a subtitle that says it all: “The Fate of the World and What We Can Do Before It’s Too Late.” And yet, picking it off my shelf this morning, I realize it could be a handbook for shifting our cultural story.

The whole second half of the book lays out the different perspectives of what he calls younger and older cultures. Ours, being the younger, is driven by the story of disconnection and separation, of ruthless competition for resources. The older, indigenous cultures, he writes, have much to teach us about connection, community, and compassion for the earth and each other. In the final chapter, Hartmann says this:

“Missing the point of a book like this is easy to do, because the book makes a radical departure from the normal fare of self-help and environmentalism. It presents the problems, delves into the cause of them, and then presents as a solution something that many may think couldn’t possibly be a solution because it seems unfathomably difficult: change our culture, beginning with yourself.”

That may have been counterintuitive in 1998, but now it feels obvious, at least to me. And yet, today I received “Solutions” magazine from Environmental Defense Fund, with its cover story, “Blueprint for Climate Stability,” rehashing the same strategies that “experts” have been wrangling over for years: reduce carbon emissions, limit short-lived pollutants like methane, halt deforestation, and break political stalemate.

Really? That’s all you got? We’ve known this forever, and things keep getting worse anyway. We have a diagnosis and a prescription, but the patient is unwilling to take the medicine and we haven’t bothered to ask him why. The thinking goes, we know what’s good for you, just submit to our will and take it. It’s an outside-in, top-down, power-over mentality, the same way of thinking that got us here. It’s a “younger culture” mentality that’s ignoring all the signs calling it to mature, maybe even to graduate to an “older culture” perspective.

What happens when we take a step back from all the prescriptions and blueprints? Maybe we would notice that people have to know what they care about, what they love most dearly, before they’ll make changes. When I first got into this, I was motivated by fear for the future, shame at my role in pollution, and intellectual curiosity to learn all the ways to do better. But fear and guilt as motivators lead to exhaustion and burnout.

Life is such a powerful force, and love is boundless and timeless. Even though I have lost people dear to me, the love between us persists; it is literally indestructible. What happens if, following Tantric teachings, we see climate change not as something happening to us, but happening for us? This frees us to explore other motivators, like wonder and magic and awe. The earth is so vast, so mysterious. Could it be that this crisis is happening, right on schedule, to encourage us to see the reality of life as connected and conscious, calling us back into relationship?