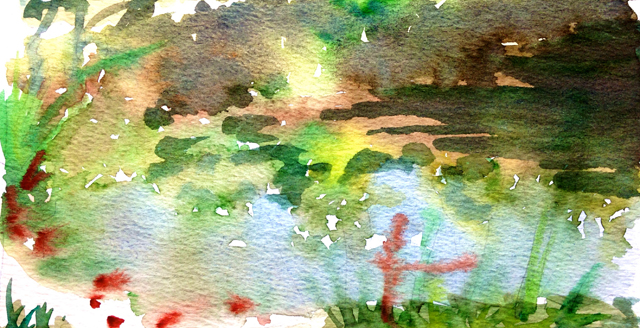 The fourth of this seasonal series is a story I told at this weekend’s retreat, on the 6th of December, which is the Feast of Nicholas and the Elves, as celebrated throughout northern Europe. Its ancient roots echo in the stories of many cultures, including those of the Celts.

In Druidic tradition, we are approaching the festival of Alban Arthuan, which is a time of death and rebirth at the Solstice, when Nature’s innate powers and our own souls are renewed. The spirits of those who have crossed over become more animated in the days leading up to the Solstice. They draw close and gather with us near hearth fires and around the Yule Tree. They incite us to engage in acts of kindness, compassion and hospitality, going beyond our mindless daily routines. In Celtic mythic tradition, these were the faeryfolk, the thread connecting to today’s elves.

One of the Celtic spirits of Yule is the Wandering Stranger, also called the Unexpected Guest. This spectral visitor is sometimes understood as a manifestation of “need” in the world. It usually takes the form of a hard-working middle-aged man or woman in some difficulty in life. To dream of the Wandering Stranger coming to your door is an encouragement to engage more heartily in acts of hospitality as the Yuletide unfolds. A dream of encounter on an open road means that someone needs shelter.

Today, this Mysterious Stranger is imagined in the guise of the ever popular “Saint Nicholas” or “Santa Claus.” It will take some doing to reclaim him on mythic terms from the materialist cartoon that he has become in our culture. Imagine a mystic of Christ in the 4th century named Nicholas, living in what is now Turkey, on the Mediterranean coast. As he grows in spiritual awareness, he is inspired to help the unfortunate, disowned children in his town. He begins to beg money from merchants to help feed and clothe the young who are living in the streets with no family. At one point, a troop of faeryfolk arrive from Ireland, on a quest for wisdom in the wider world, and they join up with Nicholas to help him distribute food and clothing to abandoned and needy children.

These faeries find fulfillment of their quest in this work of charity, and so they remain in Turkey until Nicholas dies. They help him to cross over into the Otherworld, and then travel “North” with him in search of their dwelling place. “North” in Celtic mythology is the direction of mystery and darkness. “Out of the north have we come, and back into it we shall go,” the ancient Celts would have said. It is no coincidence that today’s Santa Claus lives at the North Pole.

Once in the wild northlands, the faeryfolk and Nicholas set up a home base from which to carry on the saint’s work. Using Reindeer – a form of the Celtic horned god Cernunnos from the north lands – to drive a magical sleigh, they come back across the veil each year during the Yule, hoping to inspire mortals with the kind of generosity and hospitality that once characterized Nicholas’s life in Turkey.

Cernunnos himself manifests during the Yule Season as the Gifting Stag. He usually appears on the eve of the 6th of December, the Feast of Nicholas and the Elves, to inspire moderation and balance in our hearts during the season. It’s easy to go to extremes as the days get darker and we search for ways to keep ourselves buoyant. We can go toward excess in our decorating, our eating and drinking, our buying of gifts. The Gifting Stag comes to show us a middle path through the wildwood of spiritual desires at the darkest time of the year.

The Gifting Stag might be seen standing at the edge of the woods, or peering in toward the kitchen window, his eyes flaming yellow with compassion. He is an anamchara, a soul friend, for your journey toward Winter’s Solstice. On the 13th of December – the First Day of Yule – the Gifting Stag comes to the side door of the house and knocks with either hoof or antler. If you hear such a knock near dusk on this day, go to the door and open it, saying, “Hail Cernunnos, Stag of the Wildwood, come to our hearth, we welcome you.”

Bringing the Yule Tree into your house is also to invite the Gifting Stag to come and dwell with you. You can chant the Stag’s various names — Herne —Cernunnos—Bok—Dumas — as a meditation at dusk near the Yule Tree. His presence will help you to maintain a more contemplative approach to the keeping of the Yule.

During the days after the Solstice, this strange Stag may be glimpsed here and there as you return to your daily routines. A sighting on the 26th of December may inspire you to give away certain gifts you have received to those who are less fortunate, as St. Nicholas would have done.

One thought on “Saint Nicholas and the Gifting Stag”