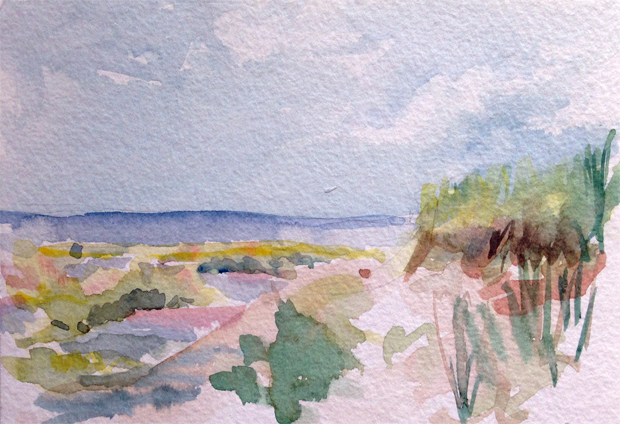 I’m fascinated by the popularity of magical fantasy worlds. The empire of the “Harry Potter” series – books, audiobooks, films, amusement park, merch – is just one example. More recently, the book, “The Night Circus,” became an international best seller. My son and I were hooked on the British show, “Merlin,” which ran for five seasons. It’s the backstory of Merlin and Arthur as young men. The voiceover at the beginning says, “In a land of myth and a time of magic. . . .”

What’s behind our attraction to these kinds of stories?

Maybe we turn to these fictional worlds of magic to soothe our longing for the actual magic of the wild world from which we have disconnected. Throughout human history, our relationship with the living world’s magic was maintained and mediated by the village shaman, priest, elder, lama, or chief. No one doubted his or her ability to communicate with the spirit world; it was simply understood that such gateways exist and are guarded by people with special gifts.

Salmon Rushdie recently wrote that the stories of Gabriel Garcia Marquez expand our awareness, giving us glimpses of truth hidden beneath surfaces.

“[I]f magic realism were just magic, it wouldn’t matter. It would be mere whimsy — writing in which, because anything can happen, nothing has effect. It’s because the magic in magic realism has deep roots in the real, because it grows out of the real and illuminates it in beautiful and unexpected ways, that it works.”

The natural world runs on magic, regularly performing marvelous feats that most of us don’t notice and even fewer understand. Biologists can get to the bottom of some things, but they tend to convey what they learn in dry, technical terms. A notable exception is Joan Maloof, who not only delivers fascinating scientific detail in her book, “Teaching the Trees,” but also expresses wonder, appreciation and love for the intricate worlds that constellate around individual trees and in forests. Careful study, close watching, and listening are all pathways to this wonder.

Today, on the margins of mainstream culture, stories abound of those who can lift the veil that separates the everyday world of matter from the world of spirit. The invitation of these healers, teachers, and modern-day shamans is to be guided into a fresher, more alive relationship with the world.

Eliot Cowan’s simple storytelling in “Plant Spirit Medicine” reveals the eagerness of our plant brothers and sisters to help us heal our bodies and spirits. Martha Beck, author of “Finding Your Way in a Wild New World,” takes people to Africa to experience numinous connection with the wild land and animals there. The Dagara elder/shaman Malidoma Somé is a revered teacher and bridge between cultures. An article about him, “What a Shaman Sees in a Mental Hospital,” invites us to see the wildness of inner landscapes with fresh eyes. Animal communicator Anna Breytenbach is able to draw parallels between the energetic connection we experience with animals and the discoveries of quantum physics.

Stories of magic like Harry Potter and Night Circus speak to our intuition of this energy running along beneath the tightly controlled surface of modern, technology-drenched life. We long once again to immerse ourselves in a world where magic is normal and accepted. A world ruled by coincidence, miracle and absurdity, where sense takes a back seat – or gets off the bus entirely. We call it “fantasy” or “magical realism,” but as Rushdie reminds us, it’s quite possibly more accurate than the rationally dominated world we take for granted.