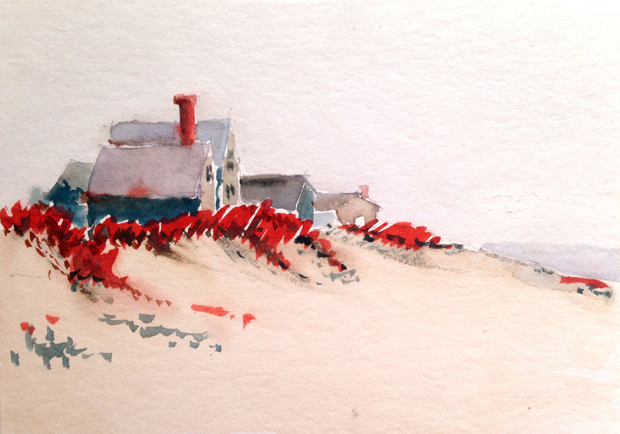 “Everybody complains about the weather, but nobody does anything about it.” ~ Charles Dudley Warner

I love how this captures so much about the human condition. There’s our tendency to make small talk, avoiding substantive conversations. And also our powerlessness in the face of natural forces — even now, after decades and centuries of working so hard to harness, control and subdue them.

It’s humbling to admit we can’t do much of anything about the weather and this ticks us off. In a world of factory farms, deep ocean oil drilling, and genetic engineering, we are little more than sitting ducks in the path of a “Superstorm” hurricane or a “Snowmageddon” blizzard.

Weather is one of Nature’s last bastions, her trump card to show us who’s really the boss of this town. Sure, we have our sophisticated weather radar and earthquake centers and tornado warning systems, but mostly those amount to guaranteed front row seats to the spectacle. No wonder some people delight in pointing to global warming (or, if you prefer, climate change) as the culprit behind all the weird weather lately: it shows we had a hand in it. Humanity’s fingerprints at the scene of the crime prove we can mess with weather! Take that, Nature!

Along this line of thinking, geo-engineering fits right in. So you say we can’t control the weather? Bwahahahaaaa! Think again. Huddling under cover at the mercy of storms is for cavemen and peasants. We’re smarter than that; we’re going to seed the atmosphere with stuff and reverse the effects of greenhouse gases up there. Never again will humanity be accused of not doing something about the weather.

It does seem that we have an unhealthy obsession with weather. I don’t remember ever missing school because it was too cold. Sure, we had snow days, but rain days? Now when it rains, flood warnings are broadcast to cell phones and soccer practices are cancelled just in case. The 24-hour news cycle brings us wall-to-wall coverage of every big storm, supplemented by citizen-journalist cell videos and social media posts.

We’re like that creepy stalker boyfriend who just wouldn’t stay dumped back in high school. Weather has moved on from us because she “wants to be with someone more at her level.” (We’re pretty sure it’s that jock Zeus who always sits in the back of English class.) When we were dating, we were possessed by the need to control Weather’s every move, while quivering like Jello wondering what she’ll do next.

She’s just not that kind of girl. She’s a free spirit, strong and confident with a solid sense of self. She’ll be a tech CEO before she’s 30, while we’ll still be living in our parents’ basement playing video games in the constant twilight. Which isn’t a bad place to be in a tornado. But if there’s a flood, we better hope the electricity stays on so the sump pump keeps working.