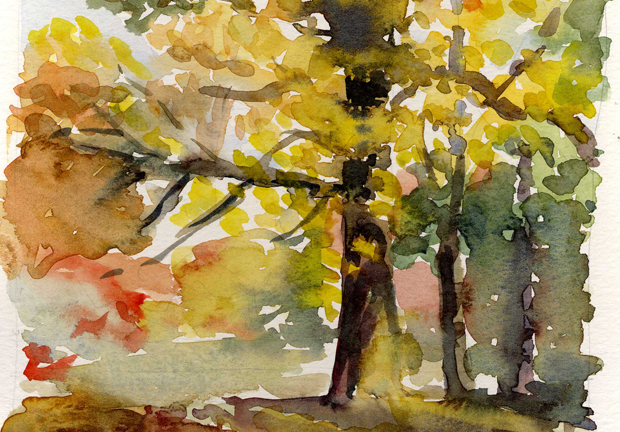 A common refrain for clients over the years has been to ask for a “maintenance free” building, which in their mind often meant plastic, vinyl and other space-age materials that promise immunity from aging. Yet the laws of physics (otherwise known as the conditions governing all of life on earth) make that patently absurd. As soon as any building is finished, before the paint is dry, the furniture moved in and the art hung on the walls, the process of decay begins. Certainly, some materials are more durable than others –brick versus wood, for example. But mortar and even brick break down over decades of exposure to sunlight, water and freezing temperatures.

The maintenance-free mantra is another example of our futile attempts to master the forces of eternity. Thomas Berry compares what he calls “architectonic thinking” with “organic mind.” The former is structural and mechanistic – like the development of western science in France and England in the 16th to 18th centuries. Organic thinking, Berry says, has an inner orientation, like Goethe and the Indian sages.

I’ve found echoes of this in another writer I admire – Paulo Coelho. He distinguishes between builders and gardeners. A builder tries to put something up for the ages, something that’s not going to change. Gardeners are more aligned with the ways of nature. They know that everything is always in flux, and they are tending the garden, not creating its substance. Maintenance becomes a beautiful expression of relationship and service.

Architects and builders tend to impose order from the outside in, whereas organics are bringing forth wisdom and insight from within. A gardener has an ongoing relationship with the stuff of creation, both matter and life force. The work is a yoking of one’s efforts to an ancient, timeless impulse of change, of birth, growth, decay, death, rebirth.

The architectonic impulse is to stop time, to make a permanent mark that resists change. Decay is seen as the enemy, which is not so far afield form modern medicine’s aversion to death. Somehow, the ongoing change and cycles of life threaten our fragile sense of stability and safety. Whether this terror is biological or cultural (or more likely some of both), we do everything we can to avoid decay and mortality. This is a subset of our fear of forces beyond our control.

Which is a losing stance, because just about everything is beyond my control. In light of that, I’m curious about different ways to be, ways that reconsider my relationship to change and time. One suggestion by a wise teacher is to engage in activities that are generations deep, as a way of summoning ancestors and grounding to what is timeless and true in human experience. Examples include walking, telling stories around a fire, making things with my hands, cooking, singing.

Dancing is another ancient practice that alchemizes the architectonic with the organic. I recently had the good luck to experience sacred circle dancing, which draws from many earth cultures. The geometry of steps is structured with the rhythms of the music in a wholly human design. And yet, the dance is also a timeless participation in patterns of creation: cycles, rotations, moving into and away from center; tending our relationship with change; experiencing with the body the trinity of beginning, middle and end; and feeling how ends reconnect with beginnings in an eternal ebb and flow, a dynamic story of creation and arising.

Coelho’s image of gardening also brings to mind soil, or humus, which is a root of the word “human,” and also of “humility.” To align with the organic is to cultivate humility, to be apprentice to earth’s mastery. To consciously create awareness that allows awe and wonder to bubble up.

Recently, I had a clear picture of myself as preparing the soil for what is to come. Not even planting seeds, nor tending, nor yet harvesting. Certainly not building cathedrals for the ages. Instead, I am going with a mix of reluctance and willingness into the darkness, the mystery, the underworld. The inner world of the organic. This doesn’t mean there is no place for architectonic thinking – I fervently hope there is, since it’s my profession! As one of many great achievements in human history, architecture itself goes back generations deep. The calling now is to invite the humility of tending and co-creation into it and see what happens.