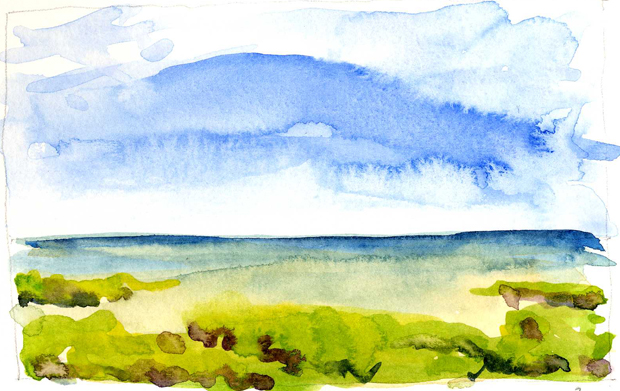 Can’t argue with that. As I read further, though, I realized this wasn’t about a new OS at all. It’s about fancy new software. An arms race of software, like those fat seats and giant cupholders in American cars. (And now they come with electronics like wifi so you can download apps and music, just like an iPhone. Is that really a good idea? Aren’t drivers distracted enough?)

As impassioned as this tech millionaire’s case is, he is missing the big picture. The OS is just fine. We don’t happen to have much of a clue what it is, which is why we keep believing we’ve rewritten it, when all we’ve really done is write a whole bunch of pretty cool, sophisticated software.

I wish that Ronald Wright’s “A Short History of Progress” was required reading for anyone starting a tech venture. He nails it in describing the “progress trap” that modern civilization is caught in: every invention yields some downside results that we then try to patch over with more technology. As he says, each time history repeats itself, the cost goes up. Which raises the inevitable question: how much longer can we go on like this?

The Wright Brothers didn’t rewrite the OS for flight. They copied the millions-year-old OS for birds. It was a software update to get humans in on the fun of flying. I wish I had clever rebuttals for the polio vaccine, the 60s space program and genetic engineering for longevity, among others he cites, but that’s not really my point here. My point is, this is another example of the progress trap, fueled by the story of human exception.

You’re outgrowing your old home planet, which is faltering in its ability to support you? No problem; invent ships that allow you to find and colonize other planets. Start with mining asteroids for minerals, just to get a hand in.

Getting older, maybe not as strong and energetic as you once were? No worries; sequence your DNA and redesign it to prevent, or even reverse, aging.

The math or physics for some new invention has you tied in fits? No sweat; invent a computer that’s smarter than you to do the heavy lifting.

What’s the underlying assumption here? Separation and superiority, layered onto a fully materialist view of the world. It’s depressing to be reminded that this story isn’t nearly ready to go away, especially when it comes attached to so much money.

I realize that we all see the world through our own unique lens and mine is this longing for a balance between the material and spiritual (or, if you like, energetic) aspects of reality. How do I know a balance is better than what we have now, which today looks 100% materialistic? All I can do is look at the wreckage trailing behind our fully materialist civilization and wonder if there’s a connection.

Could it be that such devotion to a brave new future brings us mountaintop removal coal mining? That Margaret Atwood’s “pigoons” could well be the destination – intended or not – of genetic engineering for purposes of extending human life? Or the abject poverty in so-called developing countries is fallout from our insatiable appetite for the latest gadgets?

I don’t mean to imply that the founder of the OS Fund is “wrong” and I’m “right.” It’s not that black and white; this guy genuinely cares about humanity. There is more to this existence than human beings, though. It would be both refreshing and inspiring to find entrepreneurial geniuses who look at the world with wonder and awe, rather than as something to be conquered and overcome. A race to be won. A mountain to be summited. Do they ever wonder what it all means? Or whether there’s another approach to this thing called life, one that still has plenty of room for curiosity and innovation?

What happened to Einstein’s warning that our problems will never be solved with the same thinking that caused them?

Since this is a more downer post than I usually allow myself, you may be wondering, are there examples of civilizations that had (or have) a better balance? If so, did they endure longer than modern western civilization has to date and what can we learn from them? Wright gives some excellent examples in his book. The Paleolithic, for example, endured for millennia with no orientation to “progress.” This is not a plea to “go back” to some idealized time in the past, not at all. It’s simply to point out, using Wright’s terms, that we are running 21st century software on an OS last upgraded 50,000 years ago or more. Our cleverness, in the form of cultural advances that look like – but are not in actuality – evolutionary advances, has allowed us to forestall natural selection and put our destiny into our own hands.

This all leads me to conclude that it isn’t the OS that needs rewriting. The OS is the way the earth works – as matter and energy, particle and wave, including us in the system –  and we are infants in our understanding of it from a scientific, let alone integrated, perspective. Every intervention and invention of ours is but software. Maybe we could write better software if we understood and respected the OS better. We tell ourselves we’re rewriting the OS at our own peril.

2 thoughts on “Are we really rewriting the OS?”