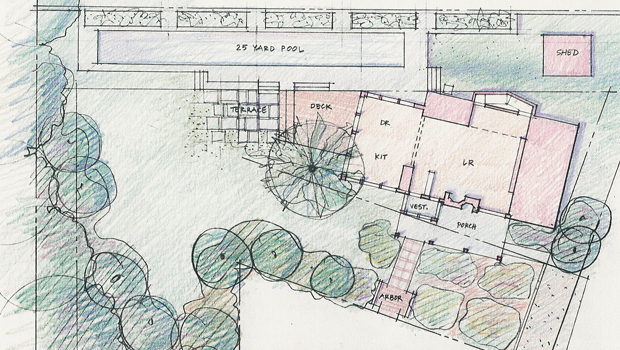 She could spend a happy lifetime doing work like that and instead was about to leave it all behind by stepping into the fast-moving water of environmental hope. My first thought was to warn her away, but it was too late; she was already standing ankle-deep in the turbulence, unaware of the bargain she had made. Be careful, I wanted to say. If you say yes to that urge to “save the earth,” it will enslave you, consume you, turn your world upside down. It will drive you and drive you, until you can never again be satisfied with indulging theoretical designs based upon a Mary Oliver poem for a birdwatcher’s home in the forest. There is no turning back; if you say yes, it will own you.

In that moment, everything I had seen, been, and done flowed through me in a torrent of nostalgia. The idealism of graduate school and my restless search for a place to work that nourished me, instead starved by budgets and competition and billable hours. I thought of all those boot-camp difficult design studios I had taught together with friends and colleagues. And then there were the clients who didn’t care quite as much about climate change and polyvinyl chloride as I did. Rocked by a sense of profound disappointment, I saw what I had become – or failed to become. Despite years and years and decades of trying, I didn’t fit in or belong anywhere.

I was swept away by a powerful sense of loss and sadness for the architect I had wanted to be, my abilities and sensibilities that refused to find a home. Was I jealous of this young woman? Could be. I had apprenticed myself to an impossible master and did not have the temperament to go the distance, but maybe she would.

Telling my husband about the encounter, I was inconsolable and could not stop crying. Even so, some part of me was aware that I wasn’t only that bitter victim of life’s circumstances, a washed-up wannabee. It was just as true that I had dedicated my heart and mind into each of those endeavors and forged fine, molding experiences out of them. The journey had made me exactly who I was that morning: a mentor having coffee with an ambitious young architect.

Later that day, I read Mark Nepo’s version of the Chinese story of the monkey trap – a hollow coconut shell with a small hole drilled into it. They put rice inside and when the monkey grasps the rice with his paw, he can no longer pass his fist back through the hole. If only he would release the rice and relax the fist, he could easily extricate his hand. The lesson was that we, too, must remember to release, especially that which we long for the most. Food is everywhere.

Certainly, my reluctance to release youthful dreams had become a trap, exacerbated by the fact that my profession, like the rest of our culture, was infected by the assumptions of human superiority and domination. But it was more than that. I had learned too much about the ravages of technological “progress” and now harbored doubts that sustainable architecture would ever be enough, or, worse, that it missed the point entirely. The whole business amounted to little more than an effort to be less bad while still having a hot shower and a cold beer.

Here’s the question that I dared not ask in the wake of that heart-breaking-open experience: what happens when the narrative of saving the earth for future generations is exposed as a false master? What if I admit to being sick of the endless march of new “eco-friendly” materials and of begging clients to be more visionary or wheedling engineers to eke out a tad more energy efficiency? It’s all just green veneer masking agreement with the same cultural stories that brought us mountaintop removal coal mining, factory feedlots, and the Deepwater Horizon. Which brings up two more questions: what were the last thirty years for and what am I to do now?

One thought on “Releasing environmental hope”